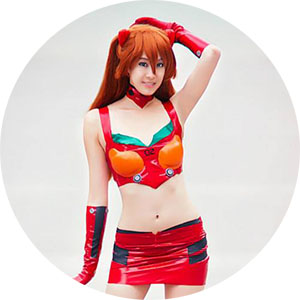 I made the boots for this Evangelion Race Queen outfit. She sent the fabric she was using for the rest of her costume, along with the shoes she wanted to use.

I traced the bottom edge of the shoe so it would match up once sewn together. Before sewing the two sides of the boot together, I added the stripes. I used a reverse applique technique to achieve the clean inset look.

Once sewn together, the cover was glued along the bottom edge of the base shoes.

Made for Chinasaur. The rest of the costume was made by her!